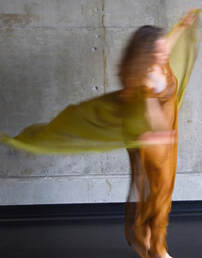 Dancer, choreographer and educator, Catherine Gallant, was introduced to Isadora Duncan’s work when she saw Annabelle Gamson perform on PBS in the late 1970’s. She began her study of the technique of Isadora Duncan with Julia Levien, (a student of Anna and Irma Duncan) in 1982. Ms. Gallant is the founder (along with Patricia Adams) of Dances by Isadora which has brought the work of Isadora Duncan (1877-1927) to vibrant life for audiences in the US and abroad since 1989. Along with Catherine Gallant/DANCE, the NYC based group is dedicated to the growth of new work and reconstructions which comment on the past while looking to the future. Dances by Isadora and Catherine Gallant/DANCE have performed at the 92Y Harkness Dance Center and at Jacob’s Pillow on the Inside/Out Series. Catherine currently performs the US version of Jerome Bel’s new work Isadora Duncan. Ms. Gallant is a full-time dance educator at PS 89 in NYC. She and her students are featured in the Emmy-nominated PBS documentary, PS DANCE! Catherine
​is on the faculty of the Dance Education Laboratory (DEL). She holds a BFA in Dance from Boston Conservatory and an MFA in Dance from Temple University. Ms. Gallant is a founding member of the Isadora Duncan Archive. 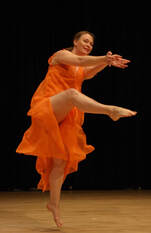 Marie Carstens, is a board certified dance movement therapist, certified movement analyst, licensed creative arts therapist (NY), licensed massage therapist (NY), dancer and choreographer.  She trained classically in dance performance at the Conservatory of Music, University of Missouri- Kansas City, then received her Master’s of Science in Dance Therapy from Hunter College, City University of New York in 1996. Marie worked full-time as a dance/movement therapist and later as a clinical director at Interfaith Medical Center in Brooklyn, and then at Bronx-Lebanon Hospital Center until 2014. She continued dancing and choreographing throughout this time steeping herself in the work of early modern dance pioneer, Isadora Duncan. Marie attained a teaching certificate in Isadora Duncan Studies from the Isadora Duncan International Institute (1997) under the tutelage of Jeanne Bresciani. She subsequently studied and performed with Lori Belilove (Isadora Duncan Dance Foundation), with Lynn Armentrout with whom she created and co-directed the Duncan Dance Collective (2000-2010).  Marie also performed for choreographers Michiyo Sato, Rina Rinkewich (Return of the Sun), in NYC and Paris, and from 2010 to present with Catherine Gallant (Dances by Isadora, NYC).  Marie attained her Certification in Laban Movement Analysis from Laban/Bartenieff and Somatic Studies International - an affiliate of the Laban Institute of Movement Analysis, in 2008. She left full time hospital-based work in 2014 to spend more time with her young daughters. She now balances motherhood with performance, private practice in dance/movement psychotherapy, in-home and group dance/movement therapy for people with Parkinson’s disease as well as massage therapy practice. She is also an adjunct lecturer at Queens College teaching Introduction to Dance/Movement Therapy and Analysis of Dance/Movement. 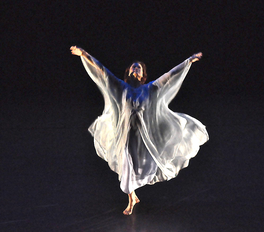 Loretta Thomas has been teaching and performing for over 25 years. She performed with Michael Sokoloff Dance Ensemble and Austin Civic ballet in Texas. In New York since 1977, she performed the Duncan work with Lori Belilove & Dancers and Dances by Isadora and with Catherine Gallant/Dance in addition to presenting her own work throughout the Northeast and Texas. Ms. Thomas studied modern dance under scholarship with Merce Cunningham, with master Duncan teachers Julia Levien and Hortense Kulooris, ballet with Maggie Black, childhood education with Ellen Robbins among others at the Dance Education Laboratory. She has also studied aChinese movement forms with Grandmaster Yu Cheng Hsiang.
The Moving Visions Dancers has performed at Actors Fund Mark O’Donnell Theater, Baruch Performing Arts Center and St Mark’s Church. 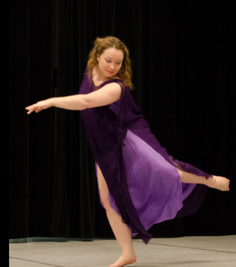 Francesca Todesco is of Swiss Italian origin and studied dance in Switzerland, Germany, and the US. She has been a dancer with Catherine Gallant/DANCE and a member of Dances by Isadora since 2000, exploring the repertory of Isadora Duncan. She continues expanding her knowledge in the Duncan style by researching and creating new dance studies in this subject. Francesca was a dancer for the Sokolow Theatre/Dance Ensemble from 2003 to 2019, where she later became managing director; currently she helps with the reconstruction of Ms. Sokolow’s repertory and she is responsible for the archival documentation of the company. Over the years Francesca has performed in repertoire by Isadora Duncan, Jose Limón, Charles Weidman and Anna Sokolow, among others. For over 10 years Francesca had her own children program in Hoboken, NJ Every Little Movement, where she created many works for children; she also conceived a program, Historical Dance Series which hosts dance workshops taught by Master Teachers in the American Modern Dance. This program has featured International Masters as Betty Jones, Fritz Ludin, Gail Corbin, Debra Carr, Jim May, Catherine Gallant and Loretta Thomas, among others. Francesca continues her teachings and explorations by offering weekly dance in NYC, classes at the MMDC for DBI and travels abroad for master workshop and repertory work. She is proud to start her own company, Dances We Dance in 2020.
​Monthly class at the Mark Morris Dance Center (taught by Catherine Gallant and members of Dances by Isadora)
stay tuned for updates.....
​
Ongoing classes are currently being offered on Zoom and in person by Loretta Thomas (Moving Visions) and  by Francesca Todesco (Dances We Dance)